Vlada Tomova on Bulgarian folk music as an inspiration 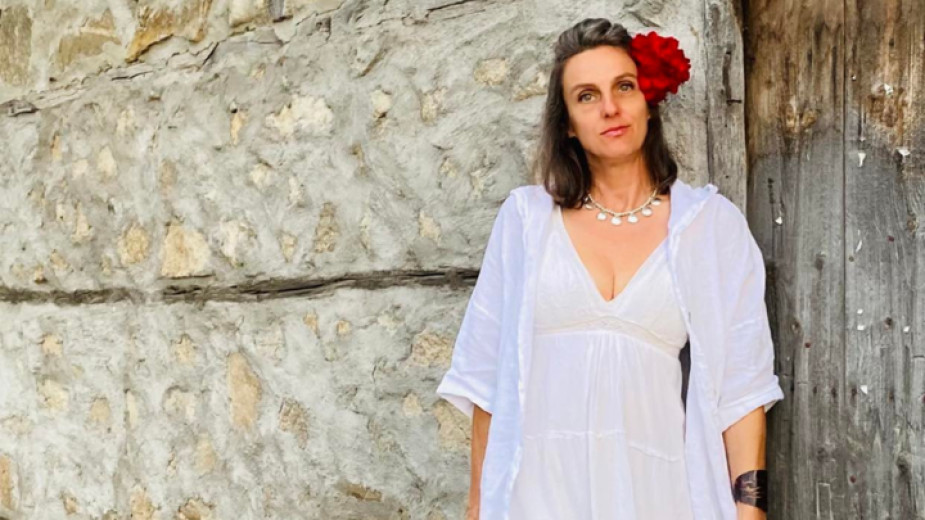 Vlada Tomova is a vocalist, songwriter, and in recent years, an organizer of master classes in Bulgarian folk singing. She was born in Crimea, Ukraine, grew up in Bulgaria, and went to the United States to study jazz at Berklee College of Music. Even as a student, she started experimenting in the field of world and ethnic music. She is a soloist in various formations, she also created the women's folk choir NY Bulgarian Women's Choir Yasna Voices. She lives in New York, but whenever possible, she returns to his homeland. She is usually together with choir singers or friends, to whom she shows beautiful places around Bulgaria, organizes meetings with famous Bulgarian musicians, gives concerts.

This year, we met Vlada Tomova in Koprivshtitsa, during the National Folklore Fair (the edition that was supposed to take place in 2020). There, the foreign ensemble led by her gave a concert. It turned out that some of the performers had taken part in the online courses that Vlada had created some time ago. Here is the whole story:‎

ˮThe master classes in folk singing called Bulgarian Master Singers Series ‎is an idea that was born quite spontaneously at the beginning of the pandemic. ‎We had to work with my Yasna Voices choir remotely. Then I decided to make courses for a wider circle of fans of Bulgarian folk singing. At the same time, our hopes of reaching the Folklore Fair in Koprivshtitsa melted away, it became clear that due to the pandemic it would not take place. In this vacuum that was created, I imagined how many male and female singers around the world had planned with such fervor to go to Koprivshtitsa, but this could not happen. On the other hand, our great folk performers, left without their usual activities, would certainly be happy to meet their fans around the world. So, almost three years ago, this course appeared, in which more than 200 lovers of Bulgarian folklore from 25 countries on five continents took part. There was over 17 hours of time difference when we met live. From Japan and New Zealand to the West Coast of the US and Canada there was a 17-18 hour difference. The participants from Japan, for example, had to get up at 3 am in the morning to attend the training”. ‎

“Most of them were among our most prominent performers - Yanka Rupkina, ‎a legend for all who love Bulgarian folk songs, Radka ‎Aleksova, Binka Dobreva, Neli Andreeva, Gergana Dimitrova, ‎Violeta Marinova. All of them have enchanted people around the world with their voices and provoked their interest in our folklore. It was very interesting for the students to hear where they learned the songs they perform, how folk music gave them the opportunity to sing on the biggest stages in the world. Although in the online space, the meetings ‎were very exciting.”‎

At these meetings, teachers and students repeatedly talk about Koprivshtitsa - the small Bulgarian Revival Period town which every five years brings together self-made performers from all over Bulgaria, bearers of the Bulgarian folk tradition. Thus, virtually, the multinational group of singers from the US